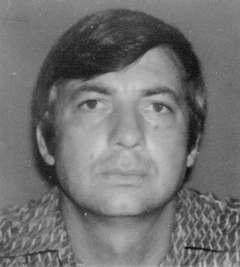 Ian Bradford joined the Northern Territory Police on 19 February 1973 and served in Darwin and Alyangula Groote Eylandt. Sergeant Bradford was a passenger in a CIB vehicle which was patrolling the Darwin wharf area just prior to midnight on 28 January 1984. The Wharf was being extended to join up with another section and was incomplete. The vehicle went over the edge between the two wharves. The driver managed to get out of the sinking car and although he dived down several times to try to extricate the passenger Sergeant Bradford was knocked unconscious and drowned inside the police vehicle. Ian Bradford an ex-serviceman was awarded his National Police Medal on 28 November 1979.