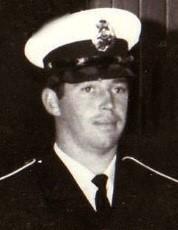 Constable Richard Norden commenced with the ACT Police in February 1970. Prior to his policing career he had been a member of the Australian Armed Forces, being awarded the Distinguished Conduct Medal for service in Vietnam. On 30 October 1972 Constable Norden died as a result of injuries sustained in an ACT Police motorcycle accident in Canberra.